The Next Step: Clemson as an out-of-state student 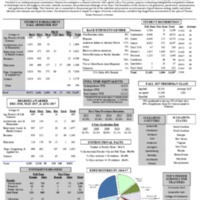 At our current state in society, students are often expected to attend college once they finish high school to become successful in their careers and lives as they mature. However, the college process offers many different things for students to consider before they decide to attend and dedicate their life to for four years. Students may still live home and go to their classes, they may live in on-campus dormitories, or they may cross state bounds and find a more worthwhile experience in an out-of-state college.

Rebellion and Insurrection: How the 'Lost Cause' Affected Clemson College 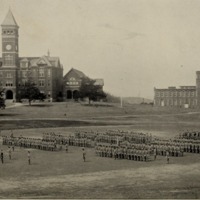 The early years of Clemson College were plagued with walkouts, strikes, and rebellion. Could this be chalked up to teenage mischief or something deeper? Clemson University Senior Jacob D. Kea analyzes the culture of the South following the Civil War and how the 'Lost Cause' impacted Clemson College.

The Chattooga River in Oral History and Beyond 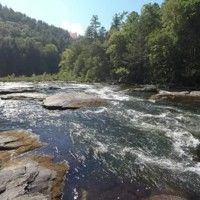 A combination of interviews and other sources provide a scope into the iconic nature of the crown jewel of the Southeastern United States river system, the Chattooga River.

The Road to Civil Rights in Charleston, South Carolina: Integration, Protest, and Strikes 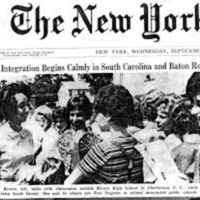 In the twenty-first century, when millenials hear, “March on Washington,” they may think the protest is about that bringing awareness to unfair laws regarding foreign policies, transgenders, homosexuals, immigrants, women, and minorities. The March on Washington of 1963 started the protest that constantly reoccurs now at the Lincoln Memorial. My Grandmother, Gwendolyn Milton Jordan, participated in the March on Washington, when she was 14 years old. In this oral interview I will talk to my Grandmother about her experience with the March on Washington, the Charleston Hospital Strike, and her racial experience growing up living in Charleston, South Carolina. My Research is about the determination that three African-American women held in order to gain their civil rights in Charleston, South Carolina in the 1960’s. My interviewees are my grandmother, Gwendolyn Jordan, Emily R. Nelson, and Jean Smalls 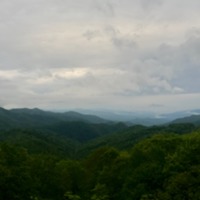 This exhibit attempts to recreate the cultural and emotional attachment to regional folk music and historical tradition, as it attends to several essential elements valued by the local folk music community.

In this collection: an oral and local history of Greenwood and Ninety-Six Mill Villages is examined and recorded. The stories here are those of the great-grandson of a mill's owner, the daughter of a mill supervisor, and a mill worker. 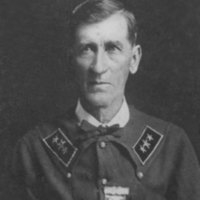 In this exhibit, the J. C. Stribling Barn & Plantation located in Clemson, South Carolina is examined for the historical role it has played at the local and state level. For it is that our history is not bygone, nor is it some fading notion of that which once was, here where the Blue Ridge yawns its greatness the past is. This exhibit elucidates details about the life of the properties most prominent inhabit, Jesse Cornelius Stribling as well as the property.

The Lake that Shaped the South 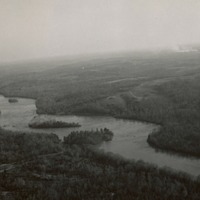 This an exhibit on the distinctive history of Hartwell Lake and Dam. The idea of developing the Savannah River for flood control and hydroelectric power commenced after World War II and slowly developed into one of the largest man-made lakes east of the Mississippi River. The project brought about many benefits, but it also displaced more than 2,000 people from their property and homes. Among those that lost land were Clemson College, as it was then known, and they put up a fight to save their campus. Read more to understand how a simple dam birthed a lake that shaped the south. 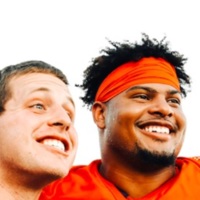 A look into Clemson University's ClemsonLIFE program, and how it helps to shape students with disabilities' futures, as well as promote inclusiveness in Clemson as a whole.

The Many Faces of the South Carolina Botanical Garden 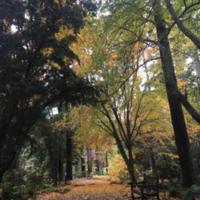 The South Carolina Botanical Garden harbors 295 acres of land, plants, flowers, and active wildlife nestled on the edge of Clemson University’s campus.  The land includes the Bob Campbell Geology Museum, the historic Hanover House, and other items from historic sites in the Upstate South Carolina area.  The Garden was founded in 1958 as an azalea rescue project by the Clemson University stadium, where these azaleas would have been destroyed for parking expansion.  The Garden has been through many names, first being named the "Ornamental Gardens," and it has grown over four times its original size of 73 acres.  What was once a dumping ground for the university is now a bustling area for wildlife and thousands of different plant species, where the public can roam every day from dawn until dusk among the many trails that the Garden offers.  Admission has always been free, with plenty of parking and activities to keep people busy and coming back over and over again to experience the various beauties within the Garden.  In 1992, it officially became South Carolina’s official state garden. [1]  Today, the South Carolina Botanical Garden is livelier than ever, having evolved over time, shedding its many faces and ever-growing into the well-known and bustling Garden it is today. 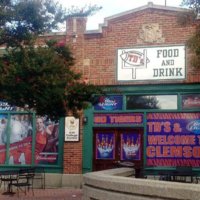 In this exhibit, the history of Clemson University's drinking culture is explored through the use of interviews with former and current students, primary sources, and personal experience from attending the university. There are many things that make Clemson University a unique and special college, and our propensity for studying hard and partying harder is well known by those of us who have attended this institution.

Hispanic Community in the United States: History and Characteristics 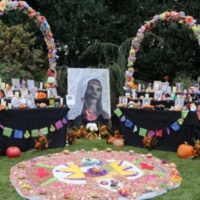 Hispanic community have a huge importance nowadays in the United States. This exhibit has the purpose to show the concept, history and main characteristics of this group of people within its relationship with the country. There will be also a conclusion page based on the interviews made to Hispanics living in South Carolina. 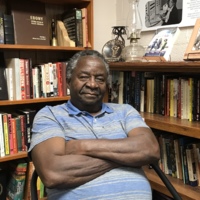 This exhibit features the life of Robert L. Kemp who was born on January 3, 1949 and raised in Clemson, South Carolina. His parents were Josie May Ladd Kemp and Garfield Kemp. His only brother, Jimmy Kemp, was born on July 8, 1947 and died on June 6, 1967 due to a non-combat accident in Vietnam.

This Oral History can be read and heard in addition to reading this exhibit essay. Several still images enhance Kemp's life story. 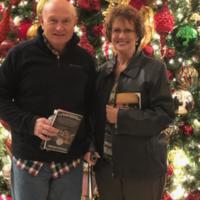 This exhibit is about the history of Johnny Baker, who was the pastor of Abundant Life Church in Greenville, South Carolina from January 1999 to December 2017.  The project began as a way to look into the impacts of major world events such as Y2K, 9/11, and The Great Recession on the church and community.  What is found out is that racism and other human prejudices had greater impacts on the church and community, and how Johnny used his own personal life experiences to have a successful ministry.